Innovex Therapeutics S.L. is a biotechnology company that uses Extracellular Vesicles as Vaccines against infectious diseases with the goal of global health equity

Our mision is focused on development of Exosomes and Extracellular Vesicles as new platforms for vaccines and diagnostic tools. The company has industry experts in advisory roles.

ITSL’s objective is to improve the overall human and animal health by developing and commercializing the exosome technology platform for vaccines and diagnostic tools.

The strategy of ITSL is to develop and valorize exosome vaccines against diseases that, in addition to have large markets, can be tested in phase I/IIa clinical trials in less than six years; thus, valorizing the products and attracting large biotechnological companies with the capacity of licensing these products for further developing and testing into large phase III and IV clinical trials.

2009
Dr. Hernando A del Portillo, ICREA Research Professor together with the Catalan Institution for Research and Advanced Studies (ICREA), the Barcelona Institute for Global Health (ISGlobal), and Hospital Clinic (HC), filed a patent protecting the use of reticulocyte-derived exosomes as a novel antigen discovery and vaccine platform against the human malaria caused by Plasmodium vivax parasites. In parallel, Dr. Francesc E Borràs, investigator of the “Gemans Trias I Pujol” Research Institute (IGTP), pioneered immunological studies of exosomes derived from dendritic cells. After personally meeting each other, the idea of creating a Spin-off devoted to the use of extracellular vesicles as new therapeutic agents (Innovex Therapeutics S.L. - ITSL), was born. A window-of-opportunity appeared when Dr. del Portillo was legally granted the rights of exploitation of the malaria patent, and ICREA, ISGlobal and IGTP decided to support the creation of ITSL.
2009
March 2014
The Company was legally constituted on March 19 of 2014 and is physically located at the IGTP building, Can Ruti Campus. Knowing that a mono-product on this competitive field was not a wise strategy, and identifying the opportunity to expand to the veterinarian sector, two new members were incorporated into ITSL, Dr. Maria Montoya, cellular immunologist working with viral diseases and Dr. Lorenzo Fraile, a veterinarian with ample experience in working with a viral disease, the porcine reproductive and respiratory syndrome, PRRSV, responsible for huge worldwide economic losses. The Company receives non-diluting funding from different sources, governmental aid including a Torres Quevedo Postdoctoral Fellowship to develop the malaria vaccine and an Industrial Ph.D. fellowship granted to Sergio Montaner-Tarbes to work on the vaccine against PRRSV and from the European Regional Development Fund.
March 2014
2015
On 2015, ITSL, together with ICREA, ISGlobal and IGTP filed a new patent on the use of exosomes as vaccines. Recently, the use of this patent for developing vaccines against animal diseases of economic importance, has been sub-licensed to an anonymous Pharmaceutical Company who is funding the development of two different products, including a vaccine against PRRSV. ITSL has also been recently incorporated in the portfolio of promising projects of the EU Malaria fund, and funding has been requested to develop and test the malaria vaccine in Phase I/IIa controlled human malaria trials in an endemic region.
2015 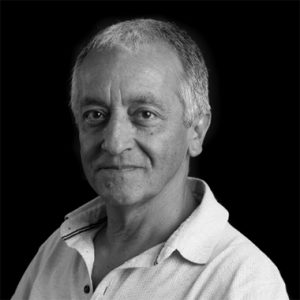 Studied molecular aspects of parasites at the University of Georgia, USA, where he received his PhD in 1985. Finnanced through two WHO-Postdoctoral fellowships, he specialized in molecular biology of malaria parasites first at the New York University Medical Center and then at the Institut Pasteur. He joined the Department of Parasitology at the University of Sao Paulo, Brazil where he consolidated a multi-Centric and Inter-disciplinary malaria programme. He spent a sabbatical year at the Center for Molecular Biology (ZMBH) at the University of Heidelberg, Germany. Since, he has pursued molecular studies in malaria to unveil the mechanisms of virulence and to develop rational control strategies. Cornerstone of this research activity is the discovery that reticulocyte-derived exosomes (rex) from infections act as intercellular communicators facilitating cryptic infections and that rex could be used as a new antigen discovery and vaccine platform against vivax malaria. He joined ISGlobal as an ICREA Research Professor in 2007, is President of the Spanish Group on Research and Innovation on Extracellular Vesicles (geivex.org), Coordinated a national network of Excellency on Research and Innovation on exosomes and is Co-Founder and CSO of Innovex Therapeutics S.L. 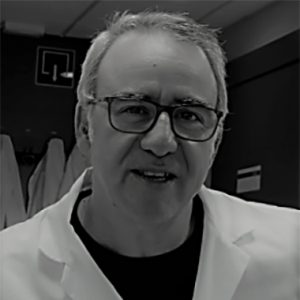 Graduated in Biology and phD in Immunology (U.Barcelona) in 1998, he moved to a post-doctoral stage in the NBS-NHS in London (UK). He joined the IGTP in 2002, being promoted to his current position as “Miguel Servet” Senior Researcher of the Instituto de Salud Carlos III (ISCIII, CES 07/015, Level A)) and the Department of Health of the Generalitat de Catalunya in 2008. He has been investigating Extracellular Vesicles for ten years, covering basic research and translational aspects. Member of the Editorial Board of the “Journal of Extracellular Vesicles”, official journal of the ISEV (International Society for Extracellular Vesicles), member of the COST-MEHAD action (European Network on Microvesicles and Exosomes in Health and Disease, and co-founder of the Spanish Vesicles working Group (geivex.org). 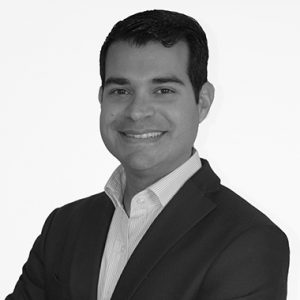 Senior consultant manager, with BS in Biology and Business Administration and Management from the University of Barcelona. Co-Founder of Hygeia Technologies S.L. and over 10 years of experience in preparing business plans, IP and regulatory affairs, and scouting new biomedical companies with early stage technologies. 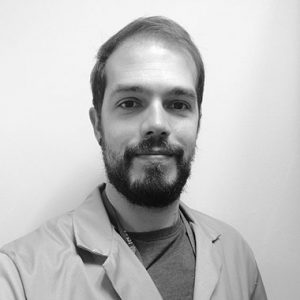 Graduated in Biology and PhD in Food and Agriculture Science and Technology (April, 2019). Involved in infectious diseases research and diagnosis since his early career. Worked as Laboratory coordinator for 3 years, doing diagnosis of infectious diseases and therapeutic monitoring of HIV/AIDS in Venezuela. In 2013, finished a Master in Tropical Parasitic diseases from University of Valencia (Spain) working with preliminary study of extracellular vesicles (exosomes) in excretion/secretion products of adults of Fasciola hepatica.

Since 2014, he is part of Innovex Therapeutics, obtaining a scholarship to perform his doctorate studies as an Industrial PhD fellow in collaboration with Universitat de Lleida (Department of Animal Science) in the program of Doctorate studies in Agricultural and Food Science and technology evaluating the application of exosomes in diseases of veterinary medicine importance. 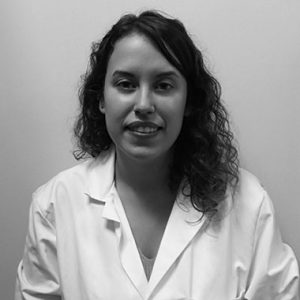 Paula Crego Méndez was formed as a senior technician in the clinical diagnostic laboratory of IES la Guineueta in Barcelona, Spain. He is currently part of Innovex Therapeutics SL as a laboratory technician, providing support in the research and development project of extracellular vesicles as new vaccines against infectious diseases. 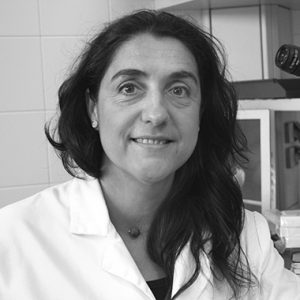 Dr. M. Montoya did her PhD in “Instituto de Salud Carlos III” in Madrid under the supervision of Dr. M del Val. Her PhD topic was the limiting steps in the classical MHC class I antigen processing and presentation in viral infections. Afterwards, she moved to work as a research scientist in the group headed by D. P. Borrow and Dr. D. Tough in The Edward Jenner Institute for Vaccine Research (Oxford University) in United Kingdom, a centre focused in vaccine design. M. Montoya made scientific contributions on dendritic cell function and immunity in the context of natural viral infections.

In 2005, Dr. M. Montoya joined “Centre de Recerca en Sanitat Animal (CReSA)” in Barcelona, Spain and where she devoted her energies in establishing a new line of research on studying the interaction of swine influenza virus with natural hosts such as pigs but also in mice and ferrets. The research group lead by her designed new vaccines strategies in animal health. Additionally, her group has done pivotal studies in understanding pandemic H1N1 2009 virus. In 2014, Dr. M. Montoya moved to The Pirbright Institute as porcine immunologist as a group leader investigating immune responses against influenza virus and African swine fever virus. In 2017, Dr. M Montoya got a group leader position at Centro de Investigaciones Biológicas Margarita Salas (CIB-CSIC) in Madrid, Spain. 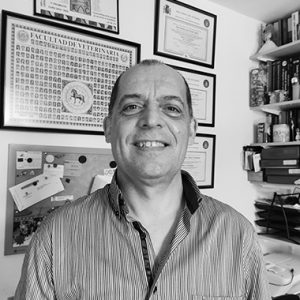 Lorenzo Fraile is Doctor in Veterinary Medicine (1993) and PhD (1996) in the field of pharmacology at the Veterinary Faculty of Zaragoza, Spain. Afterwards, he worked as a swine and bovine practitioner for eight years (1996-2004) in private companies. From 2004 to 2010, he worked as a senior researcher at CReSA (Center of Animal Health Research) in Barcelona, Spain working in the field of epidemiology, pharmacology and immunology with a focus on bacterial and viral livestock diseases.

Moreover, he belonged to the committee of veterinary and medicinal products (CVMP, EMA, London) during the period 2005-2007. The CVMP is involved in the evaluation and authorization of vaccines and medicinal products at European level. From 2010 to nowadays, he is working as an associate professor in Epidemiology and Pharmacology at the University of Lleida, Spain and he is also member of the European College of Porcine Health and Management. During his career, he has published more than one hundred papers in peer-review journals. 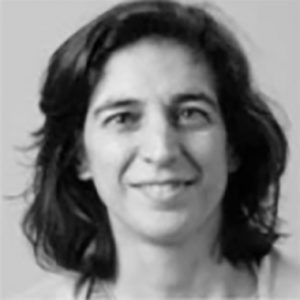 Clotilde Théry is Research Director (DR2) at INSERM, working at Institut Curie in Paris (France), where she heads a team entitled “Exosomes and tumor growth”. After a PhD in Paris (France), and a post-doc in Oxford (UK) and Columbia Universities (USA), where she studied the development of the nervous system, she turned to the cell biology aspects of immune responses in 1996 when joining the lab of S. Amigorena, at Institut Curie in Paris. Since 1998, her scientific interests have focused on the study of extracellular vesicles called exosomes, secreted by immune and tumor cells. From 1998 to 2007, she mainly focused on exosomes secreted by dendritic cells of the immune system, and her work demonstrated their nature as specific subcellular compartments and their ability to transfer MHC-peptide complexes between dendritic cells to enhance efficiency of immune responses. Her more recent goals are to understand the physiological functions of exosome secretion during an in vivo immune response, especially during tumor growth. C. Théry organized in January 2011 in Paris an international symposium dedicated to Exosomes (International Workshop on Exosomes), which was at the origin of the subsequent launching of the International Society of Extracellular Vesicles (ISEV) in September 2011. After working as interim vice-President of this society, C. Théry was elected in april 2012 Secretary General of ISEV. She also accepted to act as Editor-in-Chief of the Journal launched by the Society. 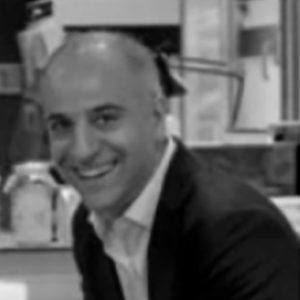 Javier Martinez-Picado is ICREA Research Professor at the AIDS Research Institute (IrsiCaixa) in Barcelona, an institution that works to advance clinical research and translate results into patients care. He is also associate professor at the Autonomous University of Barcelona and at the University of Vic. He received his PhD from the University of Barcelona where he subsequently became associated professor lecturing on different microbiology-related subjects. In 1996, he joined the Massachusetts General Hospital as postdoctoral fellow of Harvard Medical School, where he engaged in AIDS research. In 2000, he obtained a position as biomedical researcher of the Spanish Health Department appointed to the Hospital “Germans Trias i Pujol” in Badalona (Barcelona). The research programmes he is leading focus on understanding how HIV causes disease in recently infected people, exploring the best antiretroviral treatment strategies, fighting drug resistance, and collaborating on global HIV/AIDS vaccine development projects. Dr. Martinez- Picado serves on different government, academic and industry advisory boards and has published extensively on HIV treatment strategies and HIV pathogenesis in international journals. 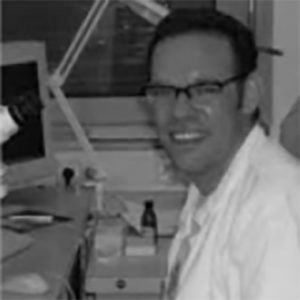 Bernd Giebel studied biology at the University zu Köln and received his PhD in 1996 at the Institute for Developmental Biology in Köln: In his thesis he investigated aspects of the Notch signaling pathway during early neurogenesis of Drosophila melanogaster. In 1999 he moved to the Heinrich-Heine-University of Düsseldorf and started to work with human hematopoietic stem and progenitor cells. There, he also established his research group focusing on mechanisms, which control the decision of self-renewal versus differentiation of human somatic stem cells. In 2008 he received the venia legendi for Molecular Medicine. In November of the same year he moved with his group to the Institute of Transfusion Medicine at the University Hopital Essen. Here, he continues his studies on human somatic stem cells. Via the identification of two asymmetrically segregating proteins in dividing human hematopoietic stem and progenitor cells, the tetraspanins CD53 and CD63, he became interested in exososomes, small extracellular vesicles (EVs) participating in intercellular communication. Currently, as a second topic, his group establishes techniques to purify and analyze mesenchymal stem cell (MSC)-derived EVs for clinical applications.